What You Need to Know About Virtual Reality

Virtual reality has been around for many years now, first originating as panoramic paintings that encompassed viewer’s vision and made them feel as though they were there in the action. Later progressing into stereoscopic viewers with no motion tracking, but establishing the same effect. Now VR has evolved into a completely new technology, the term itself wasn’t coined until 1987.

Today’s simple definition of virtual reality is “an artificial world that consists of images and sounds created by a computer and that is affected by the actions of a person who is experiencing it”.

But how does it work?

The headsets contain LCD displays or lenses that adjust the image for each eye creating a 3D image, because each one of your eyes sees the world differently. The full immersion factor comes into play with a wide enough field of view that allows users to navigate through the image or video with the turn of their head. Hand controls and buttons on the side of the headsets allow users to feel immersed in content as well.

VR has a wide range of capabilities because of its all-encompassing experience that includes: boosting morale in hospitals, training medical school students and selling houses.

But with so many options in headsets to choose from this year, you should know more details.

Let’s examine the four most popular headsets of this year.

Regardless of the model you choose, know that virtual reality is here to stay. 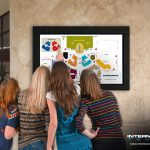 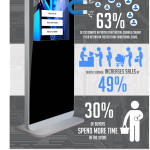 Things you should know about Digital Signage in Retail.Uncategorized