Digital Signage Expo announces its finalists for the 2013 DSE Awards and Intermedia Touch makes the list. In February, Intermedia Touch will see what awards it won in the world’s largest international tradeshow dedicated to interactive display technology, digital signage, and digital out-of-home networks. With close to 100 applicants, Intermedia Touch tops the charts in the following three categories:

Awards will be handed out in Las Vegas at Caesars Palace on Wednesday, February 27, 2013 during the three-day expo.

Intermedia Touch is a front-runner in developing custom casino promotions with touch-screen video walls, interactive kiosks, and hologlass displays. Whether a casino is looking to have a game designed from the ground up, or use an existing game with simple branding enhancements, Intermedia Touch is the right choice. 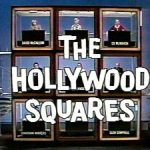 Classic Hollywood Squares Could Be Coming to a Casino Near You!App Development, Corporate, Gaming 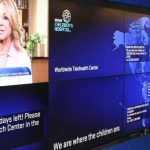