MIAMI — Intermedia Touch created a completely interactive touch-screen video wall at Archbishop Edward A. McCarthy High School to create the “classroom of the future.” The goal of the video wall was to offer an outlet for teachers to instruct classes on a large scale, communicate with guest speakers in live chats, and allow students to take part in each exercise.

“We are moving to an age that kids are visual. When you have something that captures their imagination and engages them in such a way, it actually brings the student to life along with the presentation,” says Principal Richard Jean of Archbishop Edward A. McCarthy High School. “The focus is no longer on the presenter or the teacher, it’s on the information broadcasted from the video wall.”

Archbishop Edward A. McCarthy High is an “Apple Certified School,” therefore Intermedia Touch merged a feature that allows each student to follow along on their very own apple devices.

To accompany the solution, several displays were added around the classroom to mimic the actions being displayed on the video wall. This way students sitting further from the screen can view the operations being made without so much as a squint of the eye.

Principal Richard Jean says, “For us this is a totally new arena and Intermedia Touch helped guide us to see all of the opportunities we had, and how to implement them correctly. They saw our vision and made it a reality”

The video wall includes 12 monitors, each 46 inches, and is now an advantage for teachers to complement their lesson plan. Teachers and students can now think out of the box and onto the wall.

Intermedia touch has produced award-winning software applications and innovative interactive hardware solutions for  well-known clients such as Florida International University, Miami Marlins, and Miami Children’s Hospital, to name a few. With a product portfolio that is as impressive as its clientele list, Intermedia Touch is your source for everything interactive. 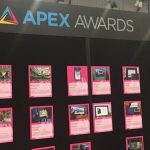