The Florida governing body provides support to businesses and entrepreneurs throughout the state of Florida. On October 25, 2013, Intermedia Touch received a personal letter from Gov. Rick Scott congratulating IMT for being included in the South Florida Business Journals list of top 20 fastest growing technology companies.

“Your efforts, along with the Sunshine State’s economic turnaround, are making Florida the best place in the nation to live, work, and raise a family,” said the governor. “You have my best wishes for our continued success, and I invite you to join me in bragging about the Sunshine State.”

Intermedia Touch has been named the 16th fastest growing company in South Florida out of thousands of companies, on May 2nd, by the South Florida Business Journal.

“When we received this personalized recognition, I could only think of everyone that has contributed to the growth of our company and supported our progressive efforts throughout the years. We are truly proud of this achievement”, says Cristina Miller, President of Intermedia Touch.

Intermedia Touch is a provider of award-winning interactive software applications and innovative hardware solutions that has provided services for distinguished clients such as Florida International University, Miami Children’s Hospital, Miami Marlins, and Seminole Casino Coconut Creek, to name a few. With a product portfolio of custom interactive touch-screen solutions that is as impressive as its clientele list, Intermedia Touch is your source for everything interactive. 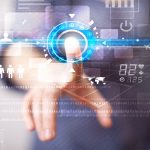